FOX Weather’s Max Gorden reports that the Oak Fire has grown to more than 18,000 acres, but containment has increased to 26%. Fire officials told Gordon that at least 25 homes have been destroyed since the fire started Friday.

Mariposa County, California – The Oak Fire burning near Yosemite National Park in California continues to grow in size, but thanks to a relentless attack by fire crews from the ground and air, its spread is slowing.

The Oak Fire has forced thousands of residents from their homes, and flames have destroyed at least 55 structures. Fire officials say the buildings contain about 25 homes.

How to watch Fox Weather on TV

As of Tuesday afternoon, the Oak Fire had burned 18,087 acres and was 26% contained. CAL FIRE says the fire continues to burn in a northeasterly direction.

The Oak Fire started burning Friday afternoon near the Midpines, and officials are still investigating the exact cause of the fire.

CAL FIRE said 300,000 gallons of water were put on the fire, which helped crews slow the fire’s spread.

Fox Weather reporter Max Gordon said it’s getting a lot of attention because it’s the largest fire in the state.

“It’s a top priority within California. So we’re getting the full force of all California resources and regional resources,” CAL FIRE Battalion Chief John Heckey told FOX Weather. “So we have all the engines, all the hand crews, all the aircraft we need. It’s great. In past years, we’ve had fires all over the state. And the competition for resources is challenging.”

Timelapse of the growing oak fire in California

While thousands of residents have been evacuated, some evacuation orders have been reduced to fire advisories. However, officials said closures are continuing in the Sierra National Forest.

“This closure will support public safety by keeping members of the public away from hazardous burn areas and allow firefighting efforts to extinguish the fire without public interference,” CAL FIRE said in an update.

How wildfire burn scars can have a lasting impact 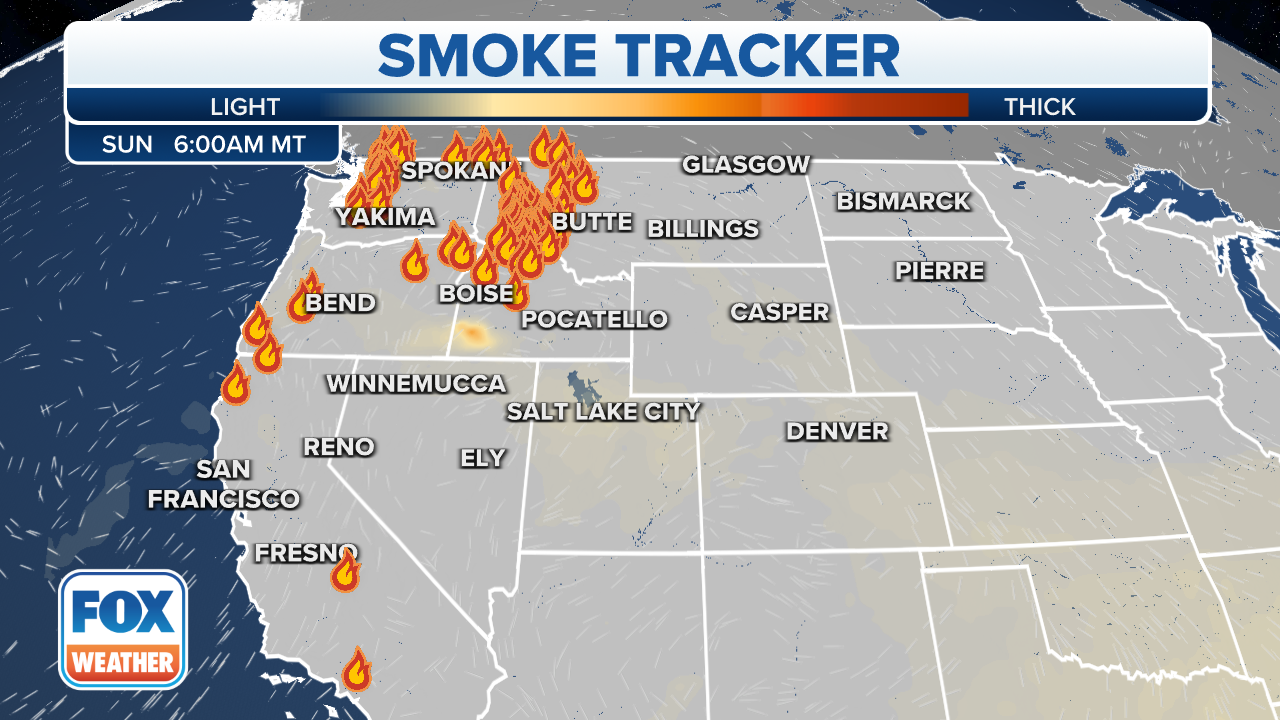 Smoke from the Oak Fire is causing hazy skies in parts of Northern California. Smoke is also leading to poor air quality conditions in the Sierra Nevada, according to the National Weather Service in Sacramento.

Smoke from the Oak Fire traveled hundreds of miles, south of Portland, Oregon and east to Winnemucca, Nevada. Smoke will push north into parts of Oregon and Idaho.

The wildfire is already the largest wildfire of the year in the Golden State.

Generally, July through October are the state’s busiest months for fire activity.

Click here to get the Fox Weather Update podcast